The finishing touches are done and we are now fully complete with construction for the Palmetto Roadway Project. This project wrapped up ahead of schedule and under budget. Thank you all for your patience with this process over the past several months. Enjoy your beautiful new roadway and infrastructure!

The Palmetto Roadway Project is now complete! The contractor has finished up almost all final restoration efforts within the project limits, as well as a few minor punch list items identified during the project’s final walkthrough. The final item is the repaving of Sarasota Road (between Palmetto Road and Ponce de Leon Boulevard), which is scheduled for March 5 or 6.

Palmetto Road and intersecting road segments for the project are now fully paved! All curbs and sidewalks in the area are also complete. The next month will focus on final touches on sod, striping, ADA ramps, irrigation repairs, and street light connections. The project is set to wrap up in mid-to-late-February, placing it about two months ahead of schedule. 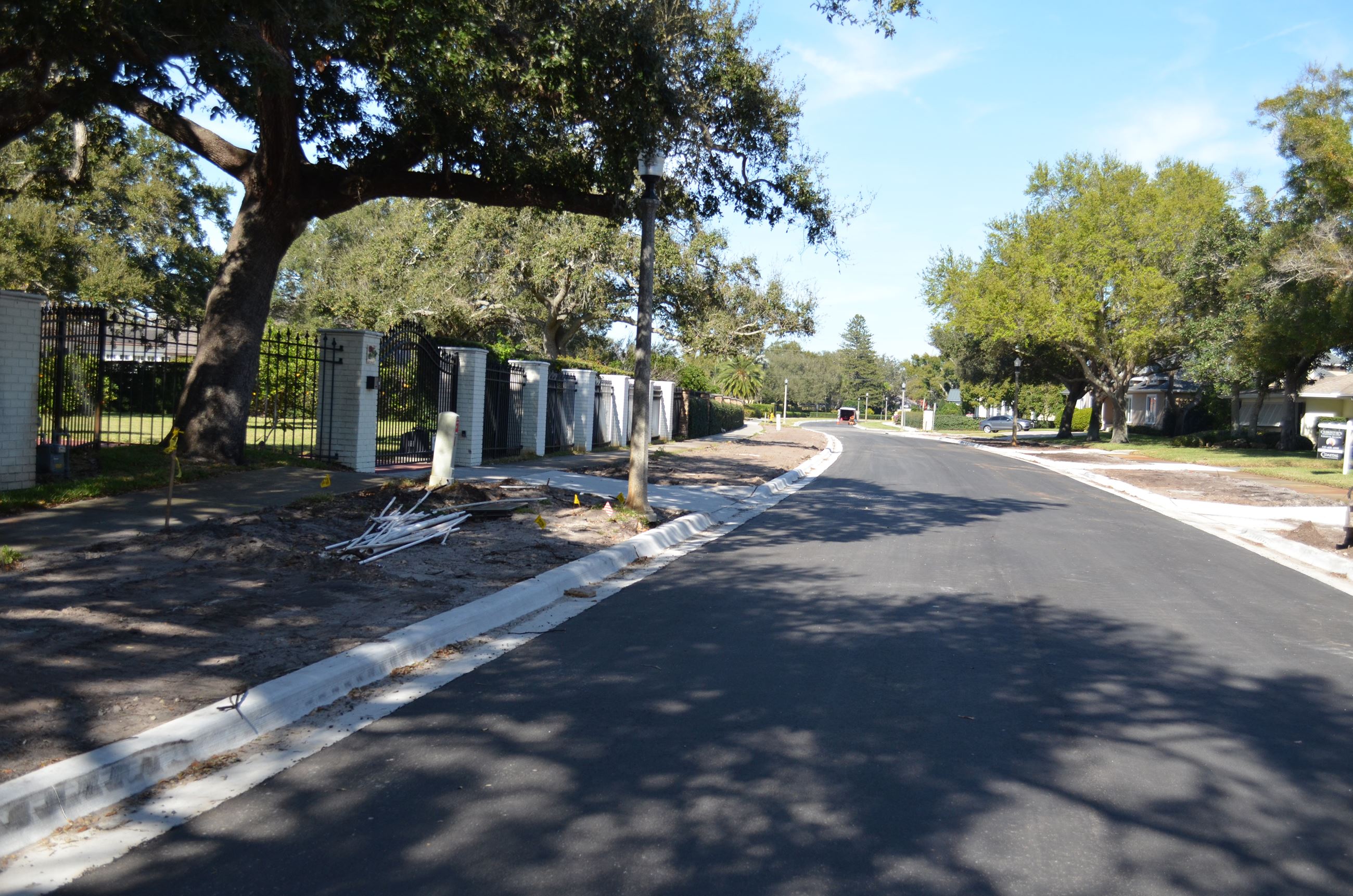 As the Palmetto Roadway Project is nearing the last several weeks of work, contractors are milling Manatee Road, Orlando Road, Sarasota Road, and Ocala Road from Palmetto Road to Ponce de Leon Boulevard. Essentially, this process removes the top two layers of asphalt and is completed prior to roadway resurfacing. Over the next few days, the entirety of the project area will be resurfaced. After resurfacing, the finishing touches will be added to the project, including ADA ramp finalization and sodding. 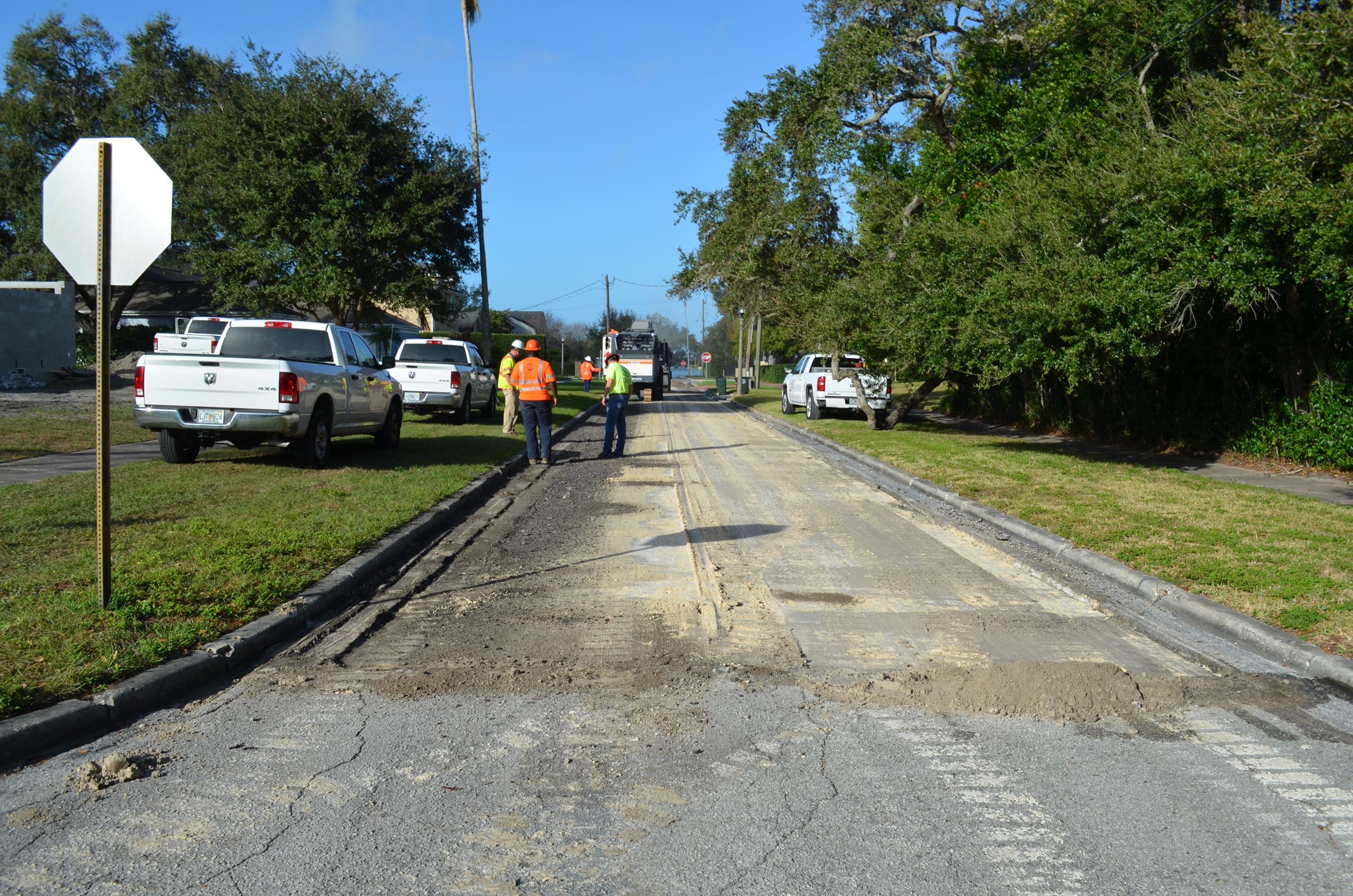 Road base excavation has been completed for the Palmetto Roadway Project, and the new road base has been installed throughout. The first layer of asphalt is expected to be laid over the next month, with the second and final layer to follow.

Curbs have also been poured throughout the work zone and sidewalk installation is over 90% completed. ADA ramps have been installed leading from sidewalks to streets and the yellow surface texture and paint will be added to those ramps upon project completion. All activities are still on schedule for early 2020 completion. 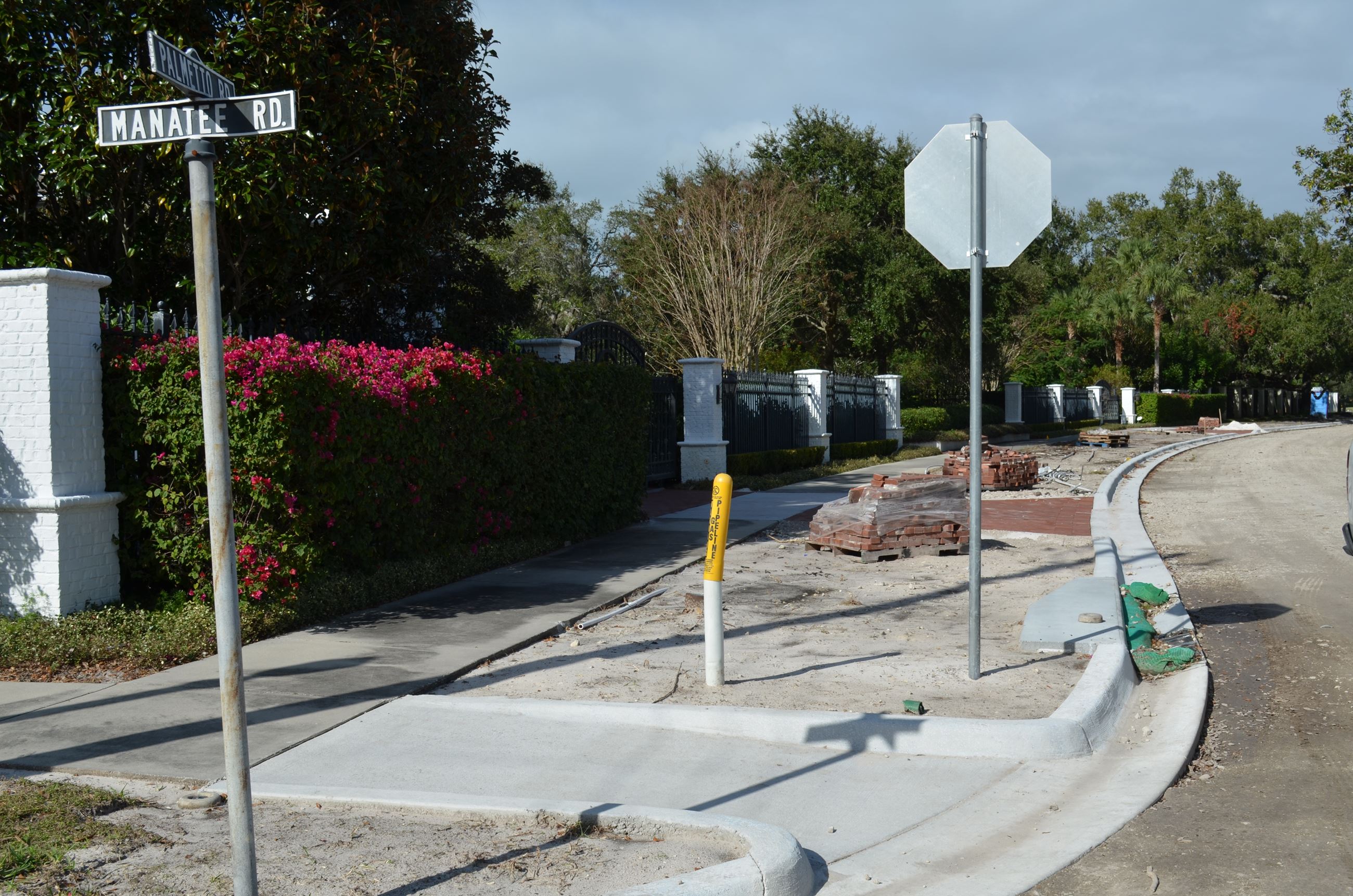 In anticipation of Thanksgiving weekend, the intersection of Bayview Drive and Manatee Road will be cleared of equipment and obstructions so residents and travelers will have easy access.

At this time, all water main, service line, and storm system installation for the Palmetto Roadway Project is complete. The contractor has started road base excavation from Orlando Road to Manatee Road (the last segment to be excavated) and will begin to lay curbs in that area within the next two weeks. This project remains on schedule for completion in early 2020.

Water mains from Orlando Road to Sarasota Road and from Sarasota Road to Ocala Road have been connected and are now fully operational. On these same segments, curb, road base, and the first layer of asphalt has been installed. Sidewalks in this area have also been replaced as needed and brick paver restoration is underway, with sod to be installed within the next two weeks.

In addition, new water mains have been installed between Manatee Road to Orlando Road and will be in service within the next week. Work on storm structures and underdrain in this area will start within the next two weeks.

Curbs and road base have been removed on Palmetto Road from Orlando Road to Sarasota Road and from Sarasota Road to Ocala Road. Over the next few weeks, new curbs and road base will be installed in these segments, and then the process will be repeated in the southern sections of Palmetto Road. All water mains within these two road segments are now installed and will be put into service after testing from the Florida Department of Health. 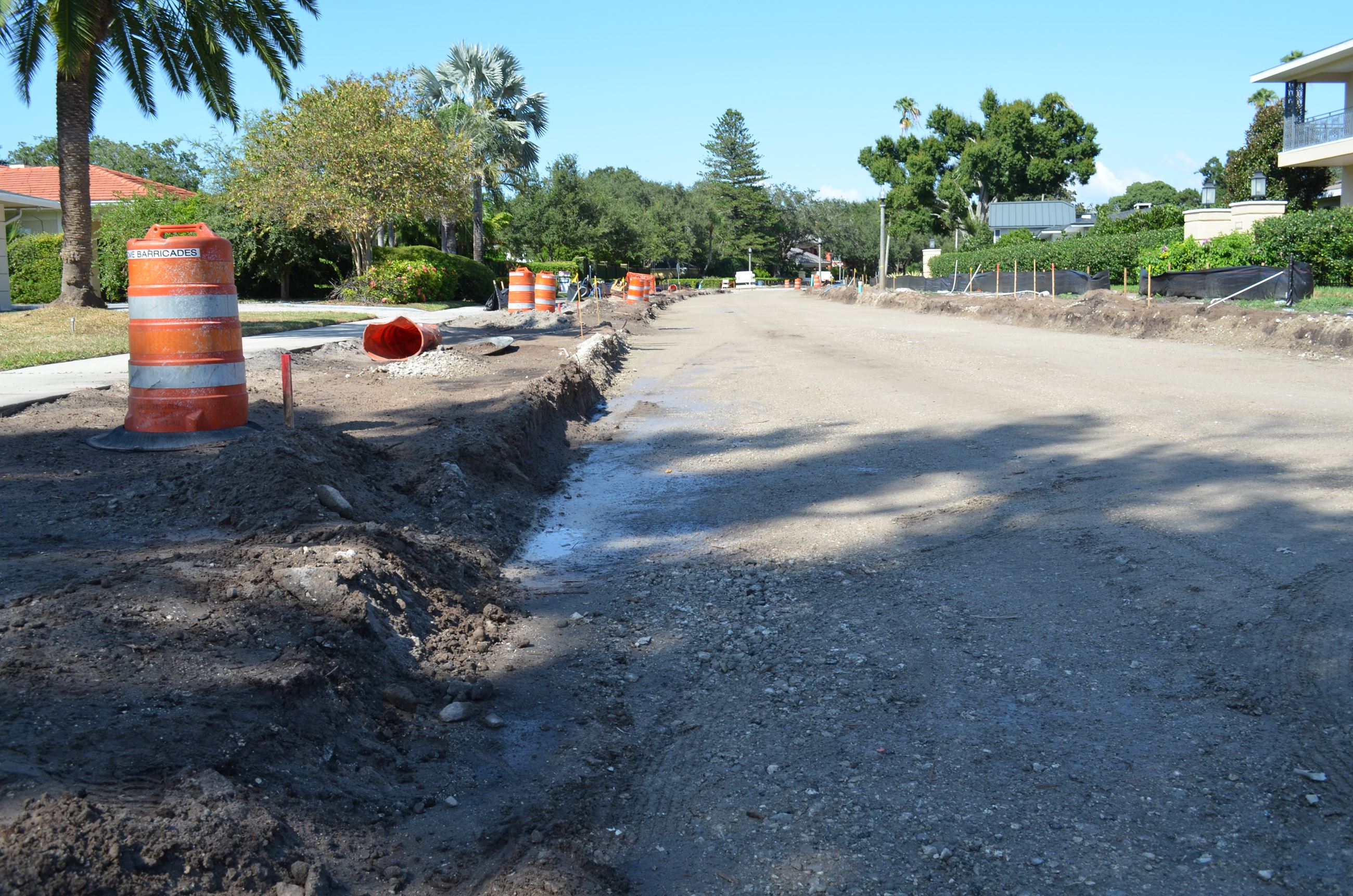 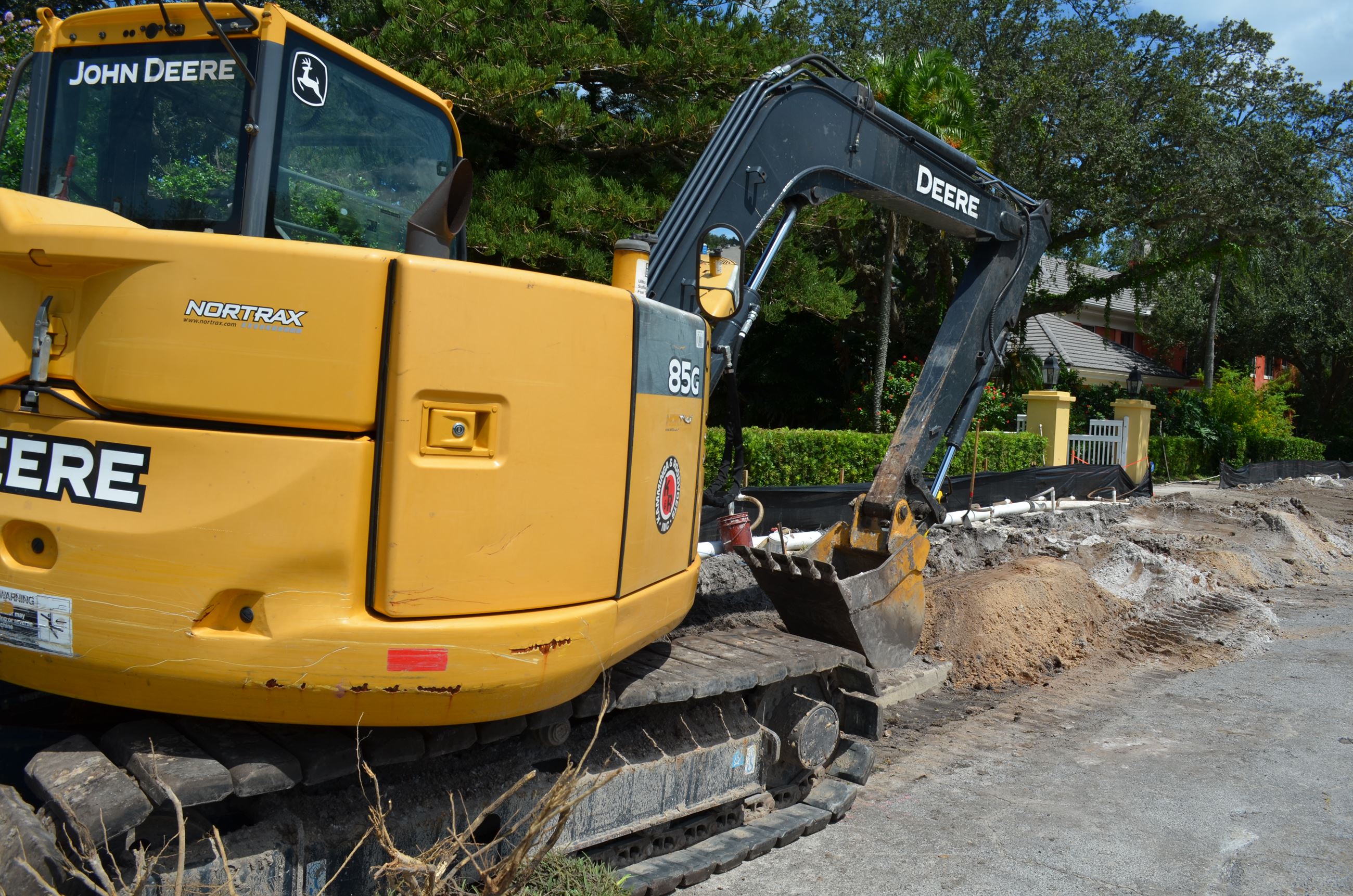 If you have any questions or concerns that are not addressed on this page, please email us at palmetto@townofbelleair.net and we'll be happy to help. 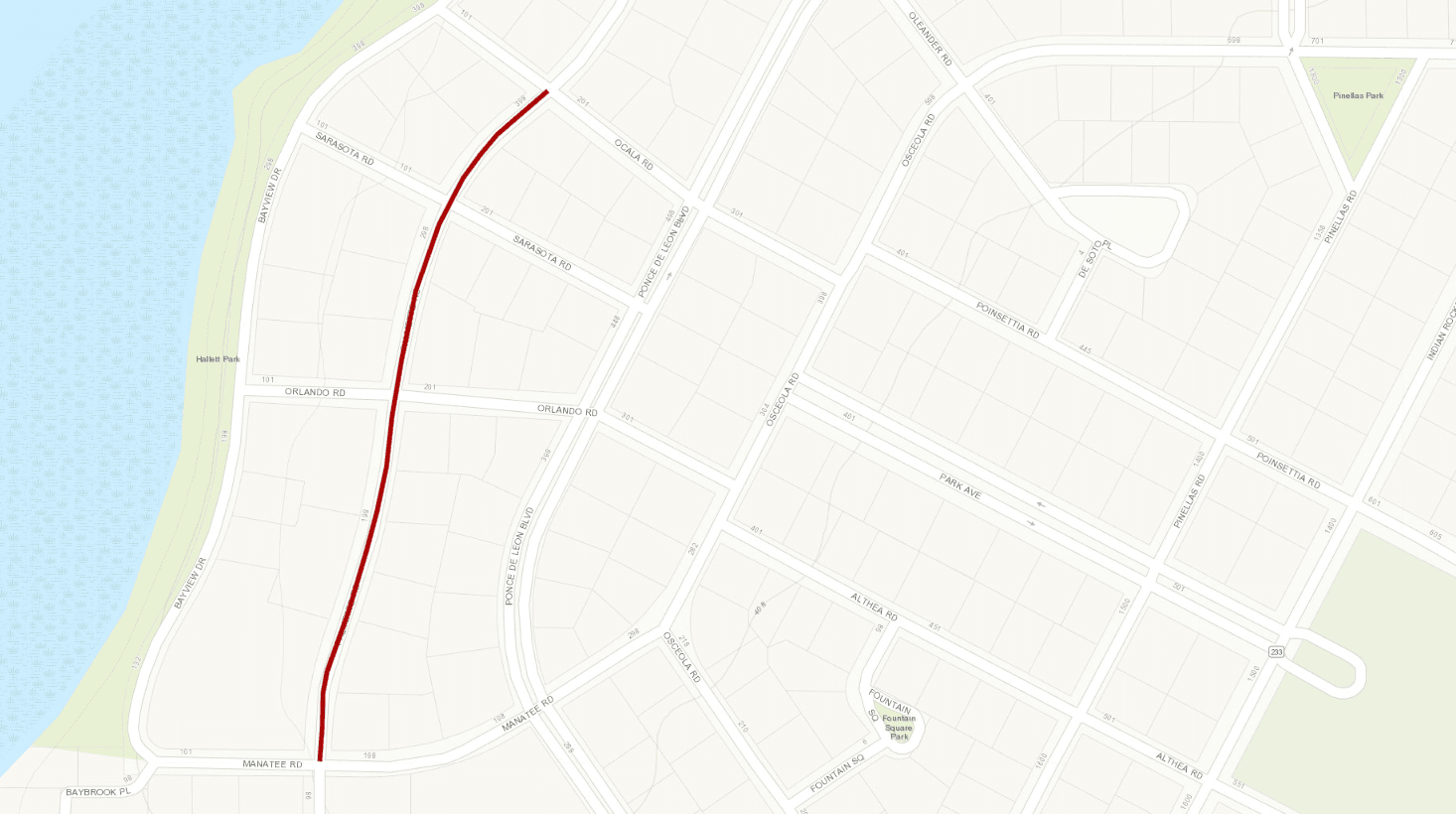 The Palmetto Roadway Project consists of a full-scale reconstruction of drainage and roadway systems within project limits. Between now and the completion of construction, the following tasks will be completed.

Staff has collected several frequent questions and answers for you. As always, if you have a question that is not listed below, please reach out to us at palmetto@townofbelleair.net and we'll be happy to help.